Discovering the medieval city of Carcassonne is truly a delight for the numerous visitors who descend upon the area year after year.

Fifty two towers plus two enclosures make up a combined total of three kilometres of ramparts.

You can check out many of the sights here free of charge with only the castle being an exception. 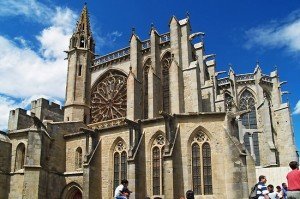 A must see has to be the St Nazarius’ Basilica built back in the tenth century. Towards the end of the eleventh century, Pope Urban came to visit and bestowed a blessing upon the stones of the cathedral.

Work on the edifice was finally concluded in the early twelfth century.

After numerous works were completed the building actually lost its status as a cathedral.

Towards the end of the nineteenth century, Pope Leo XIII awarded it the honour of Basilica.